Latitude – Wish We Were Here

Published by TransformAdmin on July 19, 2020

We love when July comes around as it means Latitude! Unfortunately it is not possible for the festival to go ahead this year so we are reminiscing this month and having a look back at previous work we have done over the years. 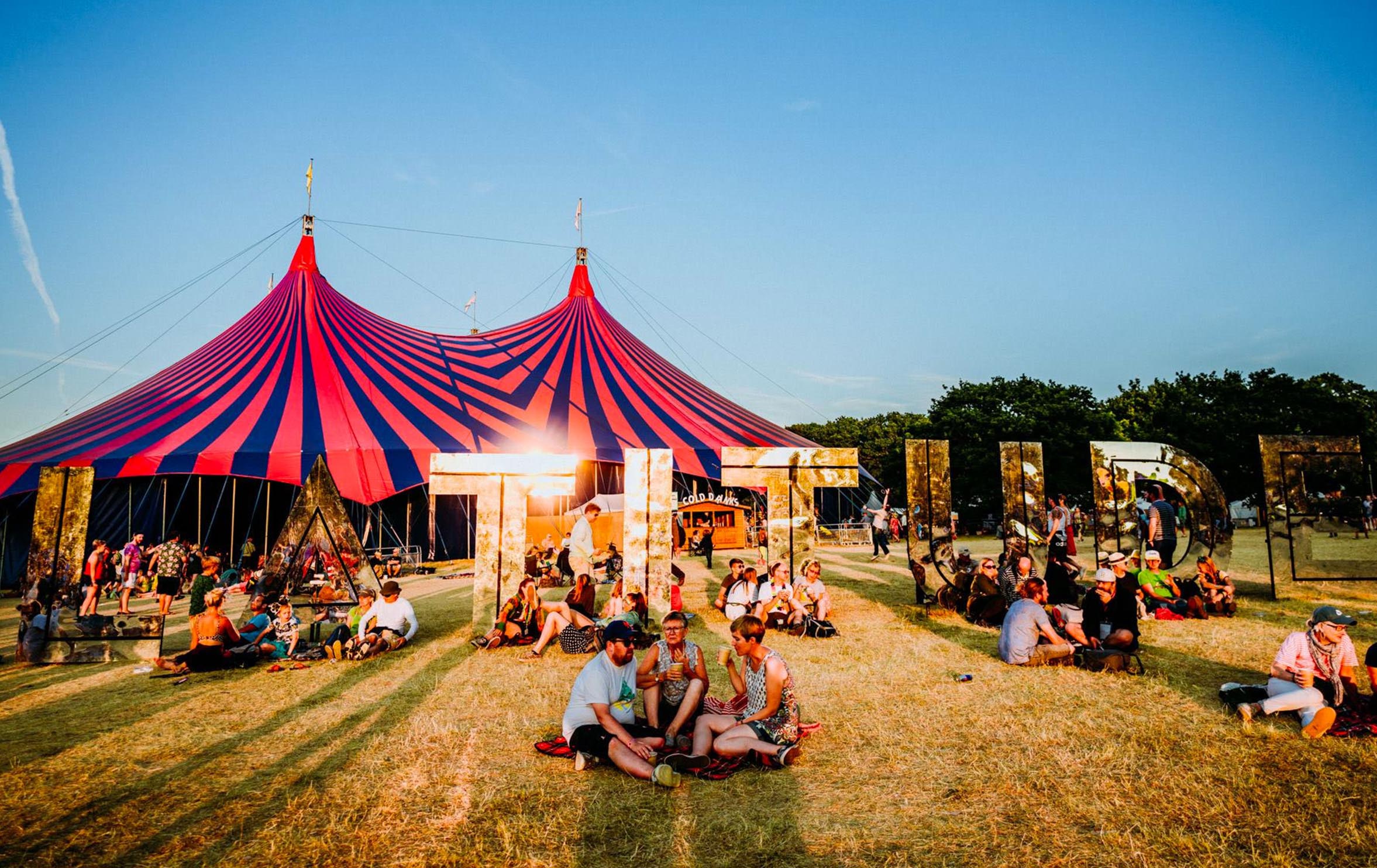 We came up with the original draping and colour concept for the very first Latitude Festival in July 2006 and we have been back every year since! The areas we cover are the Comedy Tent, Cabaret and, the big one – the Six Music Tent. We also drape a few smaller tents including the film tent, which is covered in bespoke blackout linings. In 2016 we made bespoke coloured linings for all of these clear span tents which we installed and then stored for future festivals at Latitude.

All our staff are competent in using cherry pickers and working at height, and as you can see in the Six Music Tent, we do have to get quite high!

Latitude Festival changed the tent in the main comedy arena in 2018 so it required a complete redesign and we gladly took on the task! Due to the shape of the new tent it would have been too costly and fiddly to fully drape it so we decided to rig giant purple lycra triangles in the roof which would clash beautifully with the yellow stripes on the tent itself. No need to be colour-coordinated at this artistic fuelled event!

We also made illuminated ‘COMEDY’ letters which were positioned outside the tent on 6ft telegraph poles.

There was also a redesign of the Cabaret Tent which is home to a host of comedy and theatrical delights. Here we used luscious red velvet on the stage which is lined with gold braid.